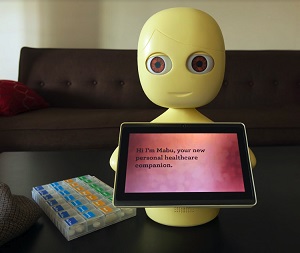 Move over C-3PO and R2-D2. Rosie, the Jettsons need dinner. Head for the bridge, Data. There are a few new robots in town, and they’re revolutionizing healthcare. We’re not talking about an operating room presence, an endoscopy-bot, or a robotic exoskeleton (although all are amazing and worth a Google!)

We’re talking about robots that can have an almost warm quality about them – despite their literally chilly man-made exteriors. As a demographic, they’re redefining healthcare bots.

Catalia Health’s Mabu is an AI-powered robot, roughly the size of a countertop kitchen appliance, that engages with patients at home – helping them comply with their physician’s care plans. The robot interacts with patients via natural language processing and behavioral psychology, which adapts to patients’ medical needs. Mabu, with its big, bright eyes, almost reminiscent of a Keane painting, collects and stores patient data in acloud-based platform. The robot can send notifications via mobile devices to healthcare providers, provide daily reminders to patients, and examine patients’ daily emotions.1

This Bot’s Got Moxi

Moxi, meant to reside in the hospital, is a robot assistant created to help clinical staff with non-patient-facing tasks – like gathering supplies and bringing them to patient rooms, delivering lab samples, fetching items from central supply, and removing soiled linen bags. Automation helps hospitals maintain consistent care workflows and most important of all, is expected to increase employee satisfaction and enhance patient care.

According to it’s creator, Diligent Robotics, Moxi is being trialed in several US hospitals and so far has not only been a boon to clinical staff but has also reportedly helped cut hospital costs and improve efficiencies.

This next robot, created by Gaumard Scientific, is designed to teach trainee pediatricians. Its humanoid, child-like qualities may seem almost unnerving to the average observer, although pediatric students find HAL 302 a solid study partner. The robot uses an advanced AI simulator and robotic technology to mimic how a toddler’s body would act under different healthcare situations. For example, HAL 302 can ask for help, bleeds with remarkable realism, cries out in pain, moves its eyes, and performs many more human-like characteristics. This allows students to use HAL 302 to practice taking vitals, conduct resuscitation, and react in a near-real life, real time situation. The goal here, according to Gaumard Scientific, is to provide medical students with a “better alternative” to cadavers.

Give This Advancement a Hand

The Johns Hopkins Applied Physics Lab teamed up with the Defense Advanced Research Projects Agency to develop the first mind-controlled robotic prosthetic.4 One of the first prosthetics to be tested is an arm. Unlike other advanced prosthetics, this one is directly controlled by the wearer’s neural activity.

Okay, the prosthetic arm may not be as “cute” as a robot with moving eyes and welcoming smile. Shoot, it doesn’t even have an adorable name. But this robotic prosthetic arm can certainly give and receive a hug – due to its near-lifelike capabilities. The project is part of a larger ambition to develop brain-controlled devices with an eye to restoring motor function to patients. The focus as of today is primarily on artificial limbs for upper-arm amputees. With progress steadily moving forward, the project may just have a leg up on futuristic robotic prosthetic body parts.

There’s no telling how far robotics will impact the healthcare industry – since so much is still being investigated, tested, and explored. That said, many experts predict that robots are destined to revolutionize how we care for patients. And with robotic technology evolving so quickly, we may see a significant impact sooner than later. 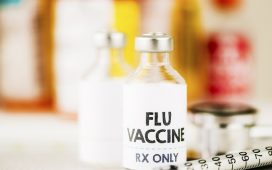 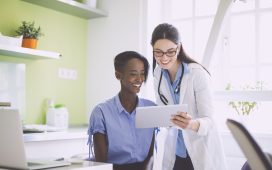 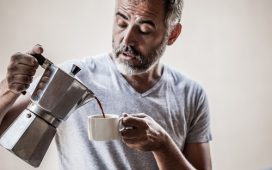 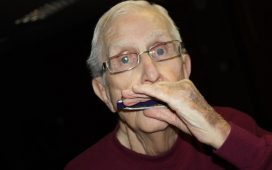